Ars Electronica has also been the platform for several projects conducted by different organisations to be presented and discussed. It has been very exciting to have the FEAT project, now completed, on stage at Ars, a year after our kick off session there.

A discussion was organised and moderated by Lucas Evers (Waag Society) and Erich Prem (Eutema) in two panels.

The first one with the artists Anna Dumitriu, Evelina Domnitch and Dmitry Gelfand and the art-science researcher Claudia Schnugg dealt with what had happened during the residencies. 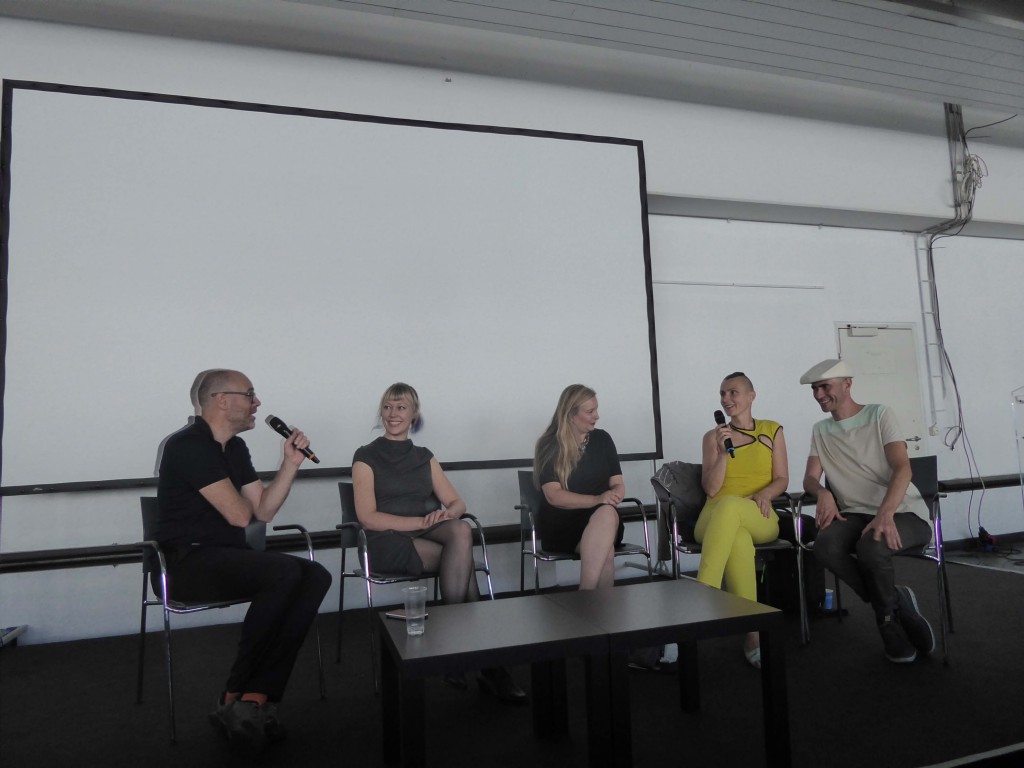 The second panel with the artists Anna Dumitriu, Špela Petrič and Miha Turšič, the professor of media theory Ingeborg Reichle and the professor of philosophie of media and technology Mark Coeckelbergh addressed the question of the future of art-science collaboration programmes. 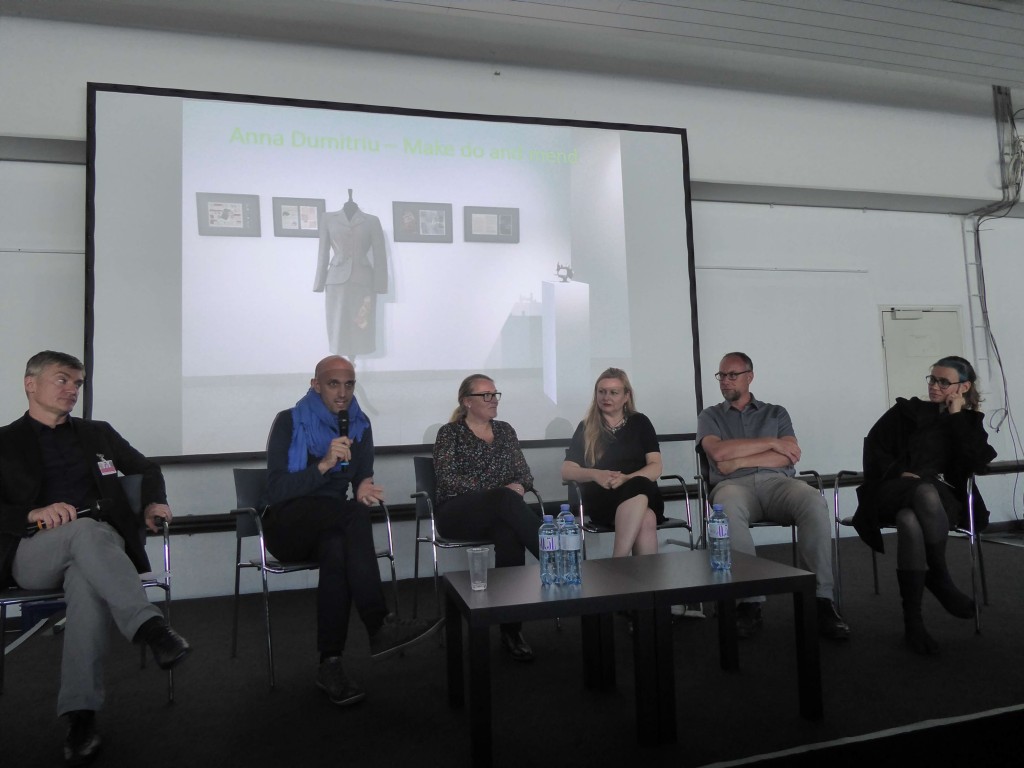 Among the many things that were discussed, it was underlined that artists need to build a trust relation with the scientists based on showing that they know what they are talking about. If this is relatively easy with experienced artists it may be more difficult for younger artists or artists with less scientific knowledge.

It was also stressed upon that in art-science collaborations, we should not forget humanities (and, if I may add, humanities can be science too).

Funding mechanisms and the necessity for new institutions that should emerge beyond the existing art and scientific organisations were heavily discussed.

Two questions were dear to my heart as they are rarely expressed. The first one was raised by a member of the audience: what about aesthetics, which is the artist expertise. Beyond the « freedom » brought to the scientists by the artists, does this skill brings something into the collaboration? The second is where and how do you exhibit the artworks coming from those art-science collaborations.

Beyond those panels, several artists from the FEAT project were exhibiting at Ars Electronica. Anna Dumitriu was showing Make Do and Mend: Controlled Commodity, one of the two works she created during her FEAT residency. 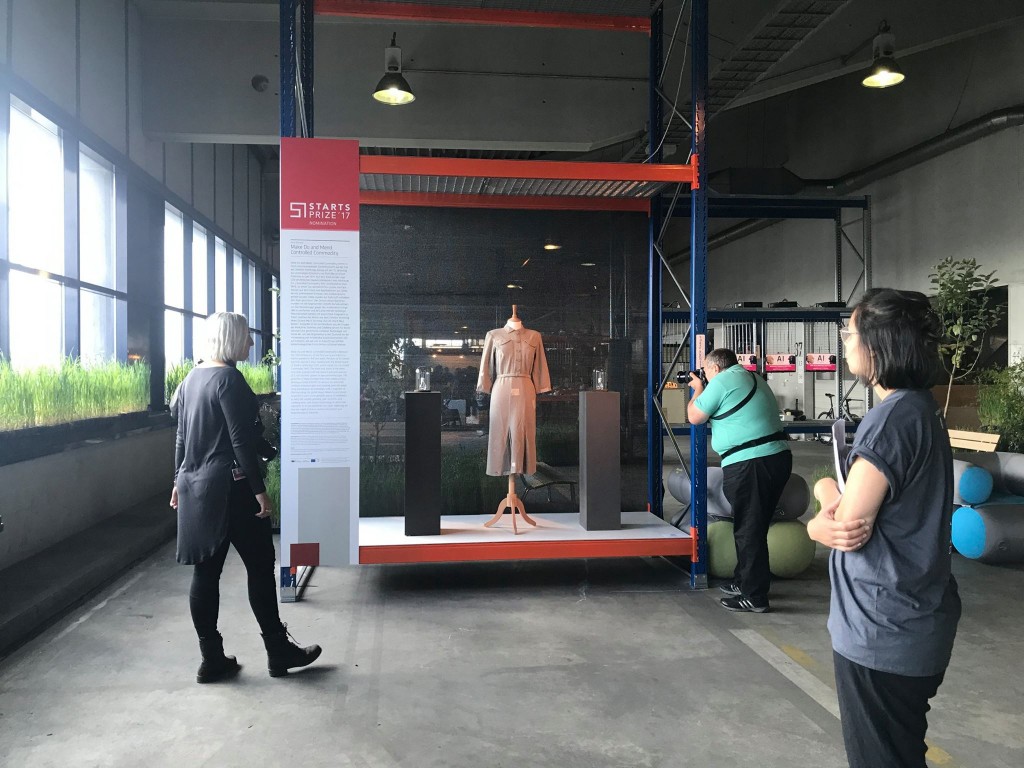 « Make Do and Mend: Controlled Commodity », Anna Dumitriu, 2017, image courtesy of the artist

With Roland van Dierendonck, Günter Seyfried and Slavko Glamočanin, Špela Petrič and Miha Turšič presented « Semiotics of the Laboratory », a spin off of their FEAT residency developped for the Waag Society in the Ars Electronica biolab. 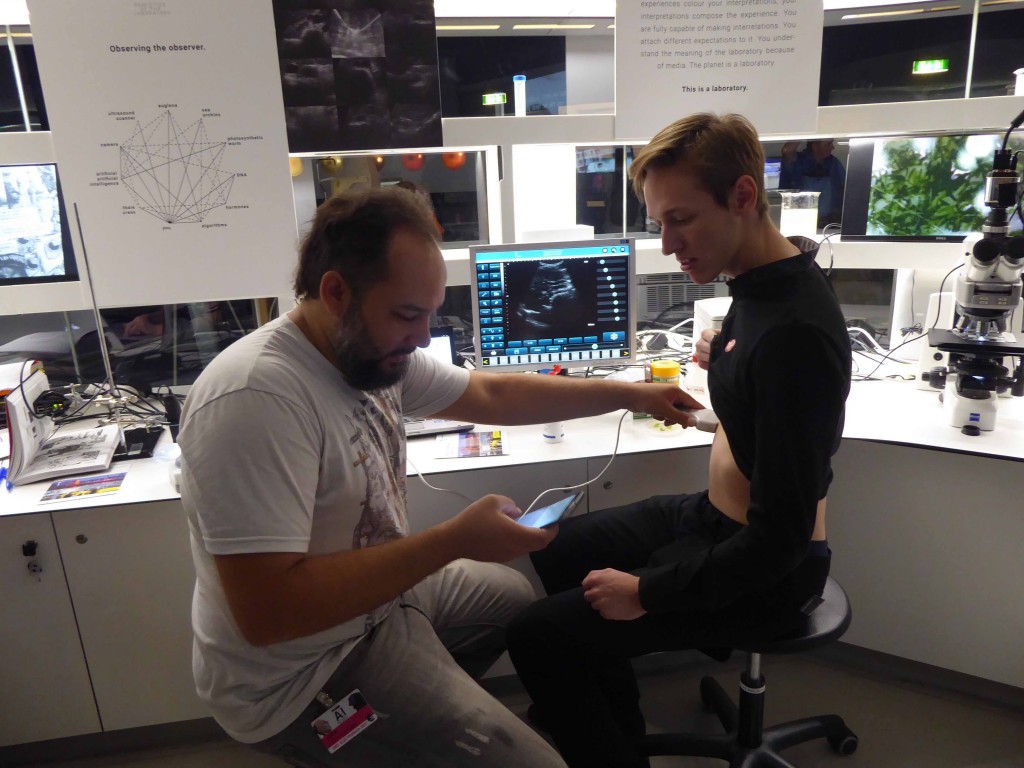 All the artworks created within the FEAT residency programme are exhibited from September 14th to 30th in BOZAR in Bruxelles.