She is releasing today this 48-second video, in which you see the Moon as it makes one full, 24-hour rotation around the earth, starting in Senegal, Africa and moving west, at one photo per minute.

She named it YAW, which means to twist about a vertical axis. 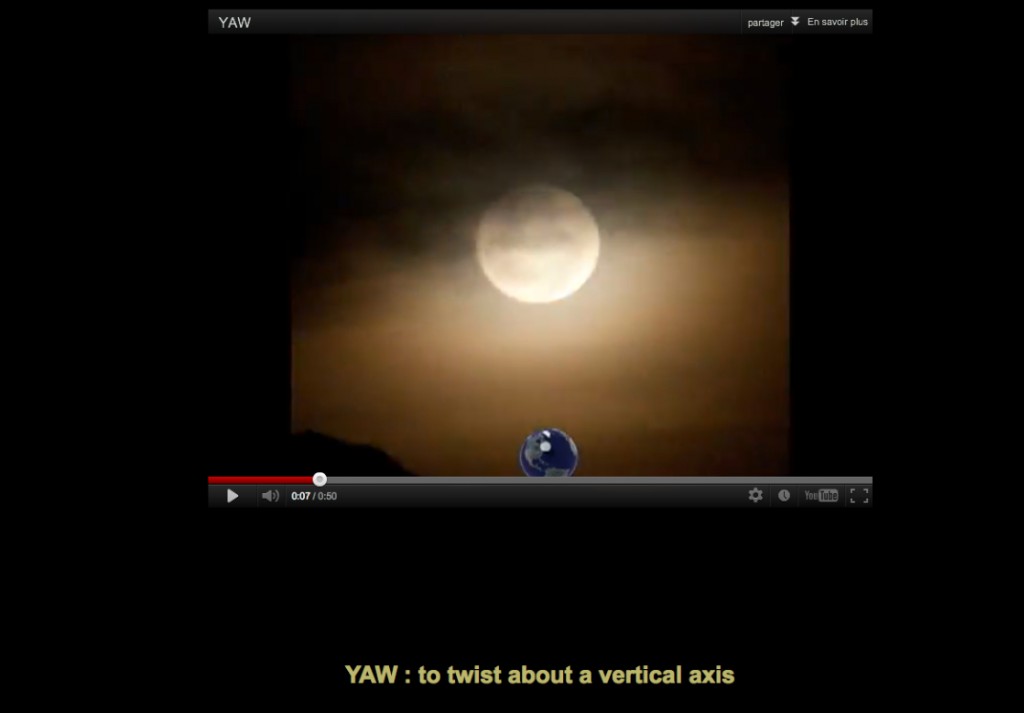 I like this piece very much, and not (only) because I sent her a picture of the Moon over Montparnasse in Paris but because it is a light delicate piece, simple and effective (we all share the same sky on our spaceship Earth). The sound she chose is also very important. Instead of the often « lyrico-romantic » classic music put on videos relating to space, she uses the sound of wind, as if we could hear the sound of the Moon-Earth system rotating.